As I continue this practice (and actually find myself nearing the halfway point), I have become overall less critical of the Hymnal Commission that put together Singing the Living Tradition. I’ve grown to understand the reasons for decisions they were making at the time, even if we judge by different standards 25 years later.

(You were expecting a “but” here, right? So was I. I was three quarters of a way through an argument against the rewritten lyrics we have… and in the writing got turned around. So here’s my train of thought, beginning with a firm No on our adjusted lyrics.)

Here’s my problem: because the ones who decide these things realized that there’s no other place in the Christian liturgical calendar to examine the second coming of Christ, they plop readings from the Book of Revelation and other apocalyptic texts into these few weeks between Christmas Eve and Epiphany. Thus, the season is as much about the first coming as the second coming.

And the second coming, for those who aren’t hip to this stuff, is about predicting when the Messiah will come back to earth to rule as sovereign over all, to bring heaven back to earth, to build a new Eden. This is about the kingdom of heaven and the sovereignty of Christ.

Joy to the World, as we know it from our family Christmas albums, is very much about that moment. NOT about the birth of the baby, but about the return of the savior. Here are the familiar lyrics:

In other words, “it’s the end of the world as we know it, and I feel fine.”

And so, I do have some appreciation for the Hymnal Commission’s attempts to remove the language of Empire – rulership, lordship, sovereignty, etc. – because in general, it’s a bad thing and has led to millennia of bad behavior. You see, the language of Empire turns some people into other/foreigners/unsavory/worthy of subjugation; and while it’s rife in the Bible, we often can understand that language as reaction to political events on the ground (because let’s face it, the Israelites and Judeans had a lot of problems being oppressed and/or exiled by other nations)… and we can see that stopping that chest-beating in our modern language helps build bridges between our divisions.

All that being said, this entire song is about the idea that (Revelation 21:3b) “He will dwell with them; they will be his peoples, and God himself will be with them” means sovereignty and rulership.

And here’s the moment when I get turned around on this one.

You see, I was all set to finish up the argument saying “this second coming business is what the song means and that’s how we understand the second coming, this whole ruling the world stuff.” And then I read that entire passage from Revelation and realized that “they will be his peoples” is the only line in this passage that has any hint of empire – and that may not be what this means at all.

We have had centuries of interpretation that say the second coming will be Jesus Christ the King ruling over all that we forgot to look back at the text. He won’t rule over them, he’ll dwell with them.

So… here are our adjusted lyrics, given that frame:

Suddenly that feels a LOT closer to the Revelation passage, as well as Psalm 98, which the lyric’s based on, and Psalm 8, which is often paired with the Revelation text in the lectionary.

This still isn’t a Christmas song. 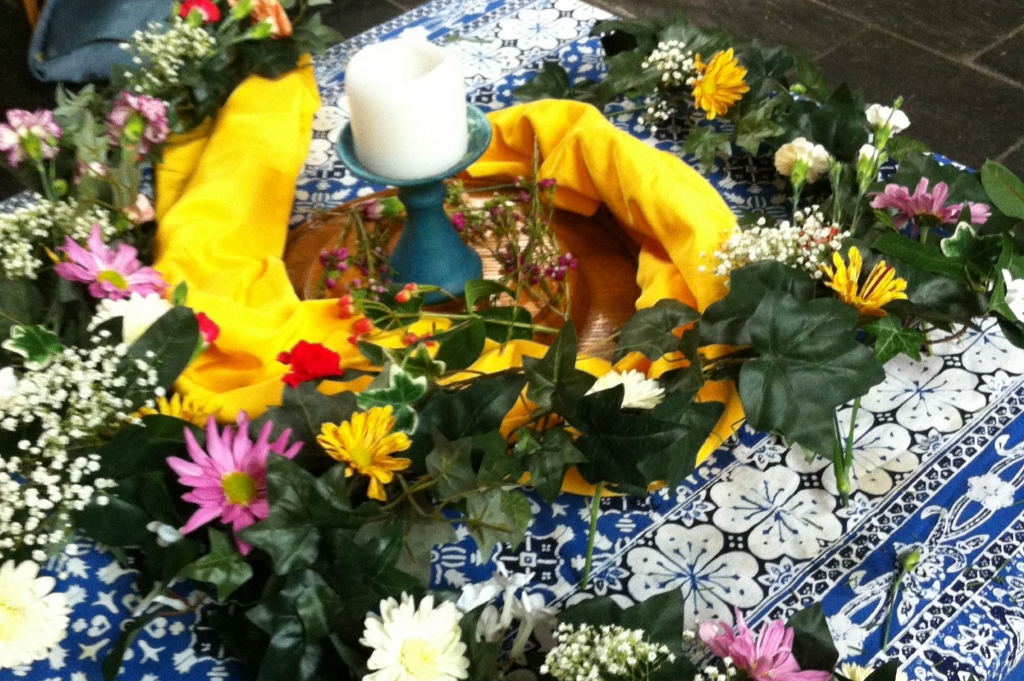